Roxy and Chevy’s story begins in 2012 at a small-town bar in Dillon, MT. Coming from a small town, it is not unusual to have many friends in common, and as such, these two were bound to meet eventually. Years later, Roxy had graduated college and moved to Elko, NV to start her career in teaching, while Chevy moved to Missoula, MT in hopes of starting his own business. This being said, space could not keep these two separated, and they began to reconnect online.

The natural connection this pair had from the start grew stronger and deeper, regardless of the distance between them, and after a few months of late-night phone calls, endless texts, and several 635-mile drives to see one another, this perfect couple decided to make their relationship official.

On July 4th, 2019 Roxy and Chevy headed to Flathead Lake to celebrate the fourth of July on the water surrounded by friends and family. Roxy was under the impression that they were on a fun weekend getaway, however, Chevy had much bigger plans for this one-of-a-kind weekend.

On a bridge, only a few miles away from Roxy’s childhood home where she spent much of her time as a kid, Chevy got down on one knee and asked her to marry him and make him the happiest man in the whole world. To no one’s surprise, SHE SAID YES!

Roxy and Chevy’s big day was a blast from start to finish and went by far too quickly as they always do. However, this celebration was full of moments that will never be forgotten! This couple was fortunate enough to have most of their family in attendance, and because of COVID-19, they were over the moon at that opportunity.

One very special moment that Roxy and Chevy shared during their ceremony was their first look. We can’t help but gush over Chevy’s reaction as his soon-to-be-wife walked down the aisle, they both could not stop smiling at the thought of spending the rest of their lives together!

In addition to the heartfelt first look, other memorable moments from this celebration were the introduction of the entire wedding party after the ceremony where each individual danced to various songs, as well as both of the speeches given by the fathers of the couple which were interesting, heartfelt, and even slightly humorous (even by a father’s standard). Talk about a dream Montana wedding!

Congratulations Roxy and Chevy, we wish you a life full of blessings! 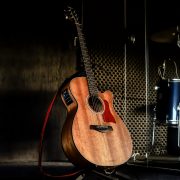 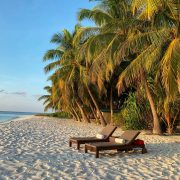 Wedding planning is full of either-ors. Whether yo

While being one of the most wonderful gifts, relat

The only thing more beautiful than those mountains

Cheers to the weekend! It's been a long week and b